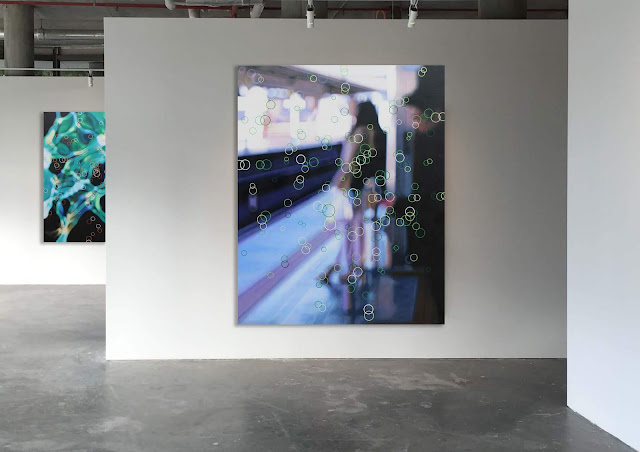 Susumu Ohira  was born in 1949 in Shimonoseki, Yamaguchi Prefecture, Japan. He graduated from Hosei University (B.A.) in 1972 and sudied French at Paul Valery University in Montpellier, France from 1975 till 1977. He is a member of the Japan artists association

Within many of his early works, he focused on light and shadow and in a second stage the concept of time started to appear within his work as well. Around 2000 he started using a circle motif within his works. Since 2008, he started the integration of photographs he took myself as the basic backdrop of his paintings. He uses freehand drawing to create the defocused images within his backgrounds and circles. The background images are blurry for a specific reason. Our eyes cannot capture second-to-second or moment-to-moment change caused by the passage of time. For Susumu Ohira, what he is seeing “now” does not seem to be happening at the moment but has already happened. People live in the passage of time that forms circles including the daily flow, morning, afternoon, and evening, and the four seasons, spring, summer, fall, and winter. Landscapes and towns never seem to change but do in fact change, as do all living creatures. He creates his works thinking in this manner.

His works include the KEI P and KEI N series that he started in 2008, and he also started the KEI E series two years ago. The title KEI has multiple meanings, and KEI is one of the important things in creating works. The meanings of KEI are (1) light, sunlight, (2) day, (3) obvious, (4) something white, (5) scene, (6) shape, (7) landscape, (8) shadow, and (9) the same meaning as Ei (something to be reflected or to reflect). P after KEI is French for paysage (landscape), pensée (thinking), physionomie (features), and portrait (portrait). N is naissance (birth), nature (nature), and néant (nothingness) and notion (notion). E is espace (space), esprit (spirit), éphémère (ephemeral), and écume (foam). KEI P is a series of portraits, and the size of the works is always 162 cm x 130 cm. He portrayed his friends and acquaintances. From KEI P-10 onwards, the number of circles is 365 or 366. He intended to create 108 works to match the Buddhist number of worldly desires (kleshas), but he could not do that due to time constraints. He intended to do a self-portrait for the 108th work… KEI N is a series of everyday scenes. For some works, one can understand what is drawn at first glance, but some are very different from the original form. They may look like abstract paintings. It makes no difference to Susumu whether people regard his work as abstract or representational. The more recent KEI E series are photo-based works that are UV-printed on acrylic sheets. 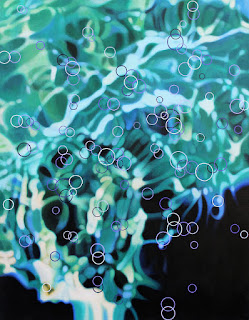 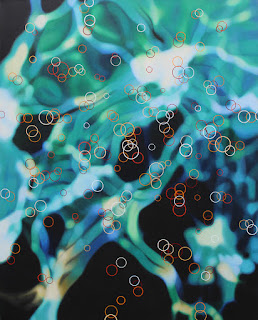 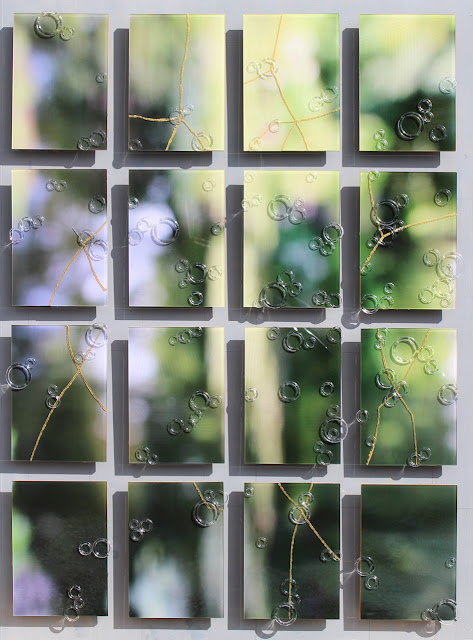 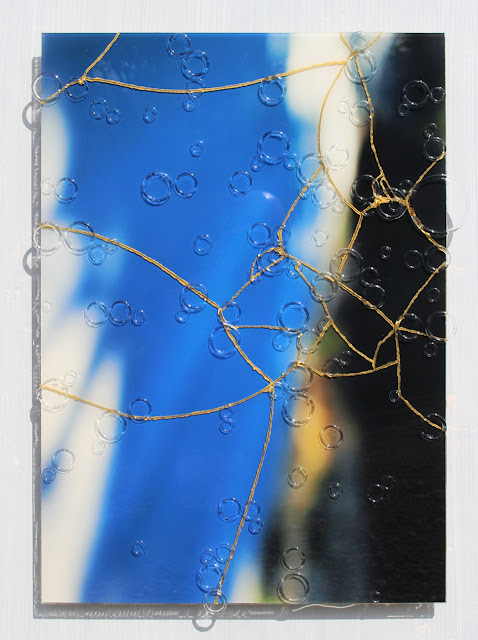